When You Need A New Name 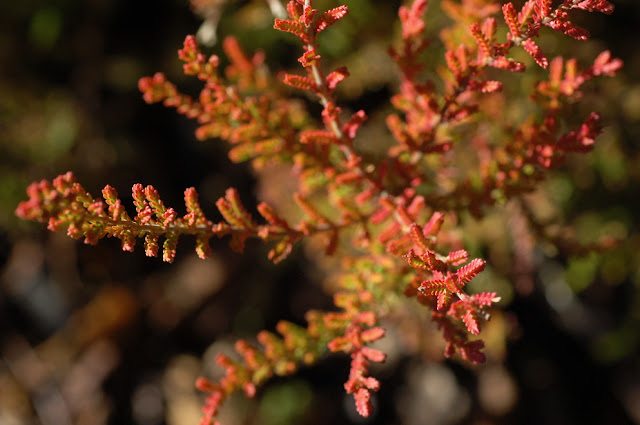 It's weeks before the new year's beginning when I start wondering what I'll name the year that's about to be born.

Out of all the years I've lived, I've only named one--and that year, it named me, too.

I called 2011 by this one name, Faith.  And God, He poured out His Grace on a life, filled up every last day of the year with Himself.  I might've given thanks for this a thousand times over, but what He gave in return?  A new name.

And I wonder now if I really named that year at all.

Because maybe this is the truer thing:  Maybe He tore the veil and I caught a glimpse of what He'd bring from a year, if only I'd let Him name us both.  And so I did.

But it's when I stand on the edge of another year's coming that I tremble with the weight of all this naming.  It feels as if a life's emerging and I'm too scared and small and broken to hold it in my hands.

When I write for the last time in 2011, wrestle out one thing He's teaching, I think maybe, just maybe, I've stumbled on the name of 2012:  Home.  But I pull back before I can say it sure because I only know this--I don't want to choose a name.  I want to see this year for what it really is, call it by the name He's already given.

And I'm terrified this blinded soul of mine can't glimpse what He's unveiling.

So the new year's born without a name and the days of January find me digging through the past, doing the one thing I know He's asked:  Letting go.  And it's harder than I thought to clear away the ruins of a life, make room for what He's going to build.  The grief runs high and the strength runs low and it's a day late in January when I'm brought to my knees on that cold basement floor and there's no getting up under the weight of all that loss.

That's when I know it sure.

Because finding my home in Christ, it might mean a thousand things I don't understand.  But this one thing I've already figured out and it's ripped me open, laid me low:  Settling into this Home He Is means letting go of every piece of home I've ever known.

And who can stand tall and unbroken when everything's been stripped clean away?

I can't and I haven't and, oh, this stripping away hasn't left me feeling free and unburdened the way I once thought it might.  Because this soul's been scraped bare and raw, pieces of the past wrenched straight out of the ground.

And who doesn't feel a bit of aching emptiness when there's nothing left of the life that once was?

It's the last week in January when I write this out steady:  God is Home because God is Love.  Yes, *Love* is our Home.

But it's not until February slips in and I stammer out what I'm learning--that it's not about letting go but about holding on to Him--that's when I see it clear and strong.

This year bears His name, just like all the ones before.

And I don't wonder anymore who's naming who.

He's already named me Loved and I can't imagine anything more beautiful, glorious, and life-giving than that one word.  But I remember this promise:

And who wants to doubt that what He has in store is better than anything we've known before?

He's named this year Home and there's no telling what He'll name me, too.  But I'm letting go and holding on to Him--because it's only Him Who holds us together anyway.

And He really is the only Home we'll ever need.
God Home Letting Go Resolutions