If You're Looking For A Home 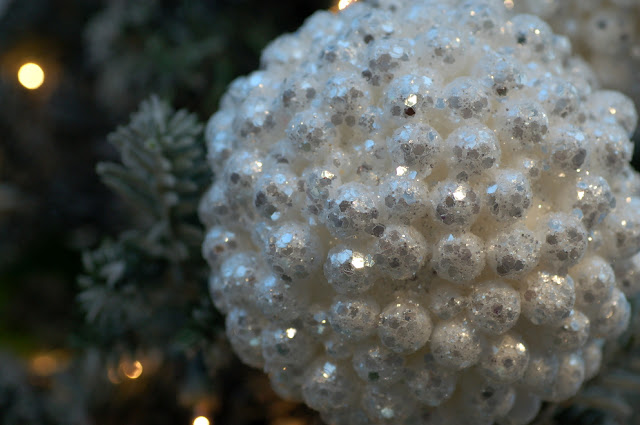 It's the first week of December when I write about the call to Joy in the middle of all the unknowns.  But it's really the title phrase that catches me when I'm finished, reminds me of something I wrote just a few months back.

It was October when I wrote that it was time to let go.

And it's December when I write that it's time to rejoice.

I'm foolish enough to think it's only the titles that echo each other, because sometimes I'm just as blind as ever to the God who's always weaving the days together, telling a story I don't quite understand.

But God, He's not phased by this woman's scaled eyes and He lets the Truth Whisper slip down into the soul, rustle through thoughts until I can't help but recognize what's been there all along.

It was October when I wrote about letting go of what's been lost--the home that once was and will never be again, the life once lived that's fallen clean apart.  And it's December when I write about choosing joy in the "in between"--after it's all been torn down and we're still waiting here in the wreckage for what He's going to build.

And when I write about the "in between," I scratch it down boldly that God is Joy and God is Love--but somehow I stop short of the one thing I'm not yet ready to believe.

But God, He doesn't give up and He takes me to a place that seems unrelated, draws me back to my musings on the Psalms of Ascent.  And I pick up where I left off, read through that third song on this long road:

I rejoiced with those who said to me,
'Let us go to the house of the LORD.'
Our feet are standing
in your gates, O Jerusalem.


Jerusalem is built like a city
that is closely compacted together.
That is where the tribes go up,
the tribes of the LORD,
to praise the name of the LORD
according to the statute given to Israel.
There the thrones for judgment stand,
the thrones of the house of David.


But I don't understand where this road's going.  The one who's been on the journey before, she writes this:  "The first Psalm of Ascent {Ps 120} seemed to position the pilgrim in an alien land.  Psalm 121 {the second Psalm of Ascent} pictured the pilgrim on his journey, gazing at the hills before him, enduring harsh elements, and dreading the dark of night.  In the third psalm {Ps 122} he stands with weary feet and a glad heart on the soil of his destination." {Beth Moore, Stepping Up}

And this is why I can't grab hold of what God's trying to say.  The psalmist has reached his destination.  And me?  I'm still wandering about in the wilderness, unsure if I'm even heading in the right direction.

But I turn to a secondary passage and it's there that I'm undone.

Therefore, remember that formerly you who are Gentiles by birth...were separate from Christ, excluded from citizenship in Israel and foreigners to the covenants of the promise, without hope and without God in the world.  But now in Christ Jesus, you who once were far away have been brought near through the blood of Christ....  Consequently, you are no longer foreigners and aliens, but fellow citizens with God's people and members of God's household, built on the foundation of the apostles and prophets, with Christ Jesus himself as the chief cornerstone.  In him the whole building is joined together and rises to become a holy temple in the Lord.  And in him you too are being built together to become a dwelling in which God lives by his Spirit.  {Ephesians 2:11-22}


And finally it's plain as day the one thing I can't--won't?--declare to the world when I write down words about rejoicing in the "in between."  I say that God is Joy and God is Love, but I pull back before I can say this, too:

For two and a half years, I've lived in places I don't call home, and for every last one of those months, there's been an empty aching way down deep.  Because I desperately want a place to belong, a place to root right into, a place to call home.  And all this time, I thought this longing of mine would find rest when the ruins of a life had been healed, built up--when I'd been settled into a home again at long last.

But it's this truth in Ephesians that shakes me out of my assumptions, reaches into the marrow of a life and turns it upside down.  I'm no longer an outsider, a lost pilgrim in a foreign land.  I'm a member of God's household--I *belong* in God's family.  And Christ, He's building me into a House of God.

And this longing that burns and writhes within?  It's for Him.  I'm longing to find my home in Him.

It's been 12 long months since I named this year Faith, and God, He's poured down a fountain of Grace I couldn't contain.  And all that Grace?  It's led me straight to the Love I've been shutting out my whole life.  As these last days of December slip away, I'm hearing His gentle whispers of what the new year might hold.  And maybe I don't yet have a name for the year that's coming, but I know there's at least one thing He's asked--to make myself at home in Him.

Maybe I don't know the how and the what and the when of it all, but I've no doubt that He'll teach and stretch and pull me wide open along the way.  And, oh, what sweet hope there is in knowing that He's Home and I'm already in Him--now I've only to figure out how to really live here.

It might take a whole life to learn this one thing.  But isn't now the best time of all to begin?  It is and I will and, oh, I can hardly wait for the new year to unfold.