The Lighter Side {Updated One Year Later...} 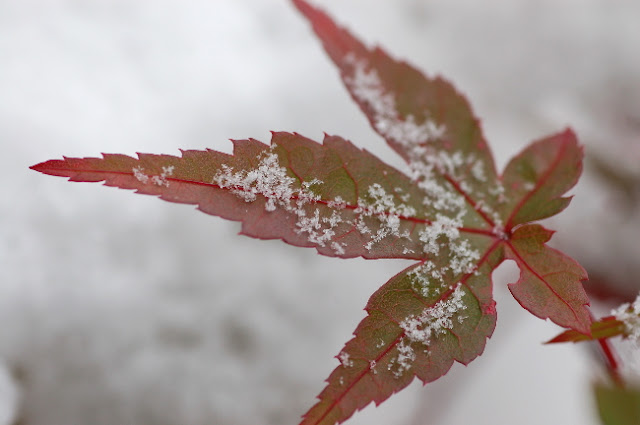 After naming 2011 the Year of Faith, you might be thinking that I have devoted myself to all things deep and serious this year.

But you would be wrong.

When I made a resolution for 2010, I also included a list of fun things I hoped to do.  And in spite of all the hard business of grieving and growing, I still managed to do just about everything on my list:

Since the "fun list" was such a success last year, I've come up with a new one for 2011.  In no particular order, I hope to:

Finish the blanket I am crocheting for myself--after making 11 blankets as gifts over the years, this will be the very first one that's just for me.
{UPDATE:  The Hope Blanket was finished in April 2011.  Read about the meaning behind it as well as the creative process}


Learn knitting or Tunisian crochet--I've been wanting to make the transition to knitting for a long time, but since most of the things I make are for gifts, I've been avoiding the dreaded learning curve.
{UPDATE:  I tried a few swatches of Tunisian crochet and although it had potential, I really wanted to learn to knit.  Although I didn't succeed at doing this in 2011, I began teaching myself to knit in January 2012 and am currently about halfway finished with my first project.  Stay tuned for posts about that!}


Write poetry more regularly--37 of my 46 poems for 2010 were written during the April Poem-A-Day Challenge.  And I was pretty burnt out on writing poetry after that.  In my ideal world, I'd like to write a poem a week, but I'd even be pleased with once or twice a month.
{UPDATE:  Well, this is one of those things that turns out completely different than you expect.  I wrote very few poems in 2011.  Four, to be exact.  I did polish and post several poems written during the 2010 poem-writing frenzy, but mostly I wrote prose.  And you know what?  I'm okay with that.  Because it turns out that what I really wanted was to write more poetically in general--and *that* is something I actually did achieve in 2011.  After reading Ann Voskamp, both at her blog A Holy Experience and in her book One Thousand Gifts, I started to discover a writing style that felt so very *me.*   A kind of writing that has the story of prose but the beautiful imagery and word choice of poetry.  I hope to continue develop myself as a poet in the future, but mostly I just hope to keep writing, in whatever form that may take.}


Continue my One Thousand Gifts list and try to reach 500 by year's end.
{UPDATE:  I most certainly continued my gift list and actually reached 1000 in July of 2011.  You can check out the whole list and read about the way it changed my life.  Such a beautiful, God-filled experience that I'm doing it all over again with the Joy Dare 2012.  Stay tuned to see the amazing things God's going to do this year.


Re-write some of the information on my blog--such as the welcome message and the blurb about me.  Having been written two years ago, they no longer reflect who I am, where I've been these past two years, and what this blog has blossomed into.
{UPDATE:  I wrote an entire "about me" page and even recorded a video introducing myself.}


Get my hair cut--after nearly four years of growing it out, I'm more than ready for something a bit shorter.  Don't worry; it won't be drastic, just more manageable.
{UPDATE:  Well, I cut off my hair in August 2011, and by the time I finally cut it, it turned out to be a little bit drastic.  But little did I know that I needed to wait that long, needed to wait until I'd really accepted God's love for me before I could let go of the fear of being who I am.  I love my shorter hair and I'm looking forward to getting it cut again soon.}


Finish the organization project I started a few months ago.  I've actually been making good progress but I still have a few more places to tackle.
{UPDATE:  The biggest area remaining in the organization project was my work desk, and I finally, FINALLY finished it in November 2011.  And while I'm incredibly pleased with this accomplishment, I am equally proud of having kept up with all the progress I'd made the year before in other areas of my home.  Here's to a (relatively) organized 2012!}


Read a book (or maybe even two!) all the way to the end.  I've made a ridiculously consistent habit of reading books only part way and never finishing.  Top contenders this year will be Ann Voskamp's soon-to-be published One Thousand Gifts and two that I've partially read in the past, Luci Shaw's Breath for the Bones and N.T. Wright's Surprised by Hope.
{UPDATE:  I read One Thousand Gifts all the way through, finishing it in March or April 2011.  This book?  I can't recommend it enough.  In fact, if you're a real-life friend and I haven't gifted you with a copy yet, don't be surprised if I do.  Of all the books I could have read, this was the one I needed most.  And for fun, I also read all seven books of The Chronicles of Narnia for the first time as well as the first four books in the Anne of Green Gables series--I'll be reading the rest in the next couple months.}


Bake more!  Currently I'm wanting to try my hand at scones and lemon meringue pie.
{UPDATE:  Um, well, yeah.  I baked a lot in 2011.  Really.  My waistline can tell you.  And you know what?  I really enjoyed it.  Well, not the waistline thing but definitely the yummy results of my baking obsession.  Lemon meringue pie, strawberry rhubarb pie, gingerbread, carrot cake, muffins, cookies, cheesecake bars, cranberry coffee cake, etc.  Yeah.  I definitely accomplished this goal!}


Celebrate my 30th birthday. I have no idea what that will entail, but I'm making an early commitment to fully celebrate and embrace this milestone.
{UPDATE:  I celebrated with an early party, followed by multiple tea dates and dinners with friends during my actual birthday week.  Oh, and I celebrated with a giveaway here on the blog, too.  And turning 30 has felt like a fresh start.  What a beautiful way to begin a new decade.}

Now that is something worth looking forward to.
Resolutions