Welcome to the Zoo

January 12, 2011
At the beginning of 2010, I decided I wanted to learn the art of amigurumi.  If you are wondering what on earth that is, you're probably not alone.  Amigurumi is the Japanese art of making knitted or crocheted stuffed animals and dolls.  A quick image search on Google demonstrates the vast array of possibilities in amigurumi.

Since I haven't yet learned to knit, I opted for the crochet route and found two books to help me get started:

I found the basic instructions in Amigurumi World to be excellent for a beginner like me, and they gave me all the tools I needed to tackle this new endeavor.  I didn't care as much for the patterns themselves in this book, as they were more whimsical in nature, creating animals and dolls with large heads and small bodies.  Thus, I turned to Super Cute:  25 Amigurumi Animals for more realistic-looking creatures.  While the basic instructions in this second book were not nearly as helpful, the patterns were just what I was looking for.

I thought amigurumi animals would be perfect as Christmas tree ornaments, so I set about making seven of them--one for my godson and the other six for the ones who call me "auntie."  And although it took me about five months to complete them, I must say they really did turn out to be "super cute."  Wouldn't you agree? 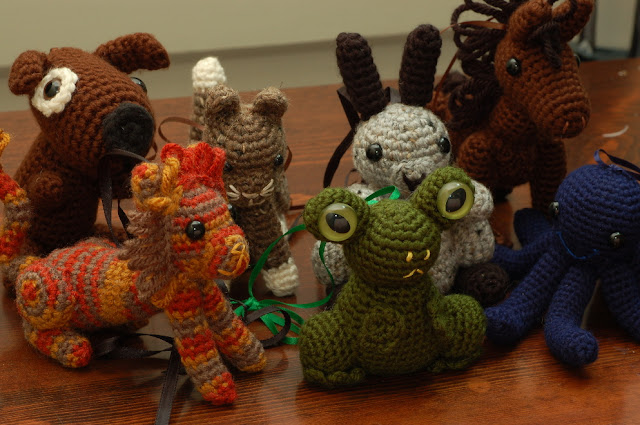 To give you an idea of their size, the tallest one (the horse in the top right corner) was probably about 5 inches tall.

I made the octopus first.  And I also made him last.  Because, of course, my first attempt at tiny circles of very tight stitches turned out not-so-tiny and not-so-tight.  But the eight legs were very good practice and by the time I made him the second time, after finishing the other six animals, he turned out quite perfect.  This pattern was adapted from Amigurumi World. 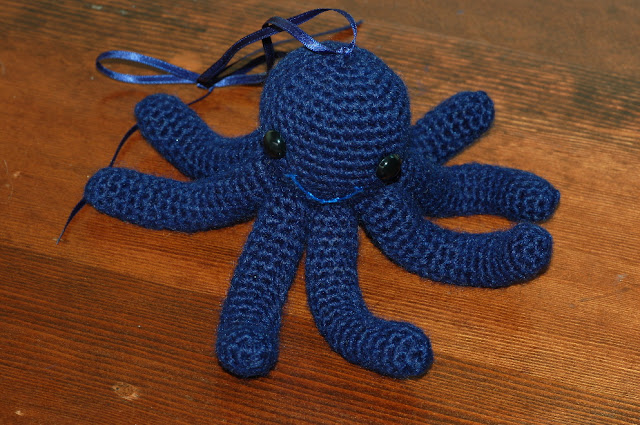 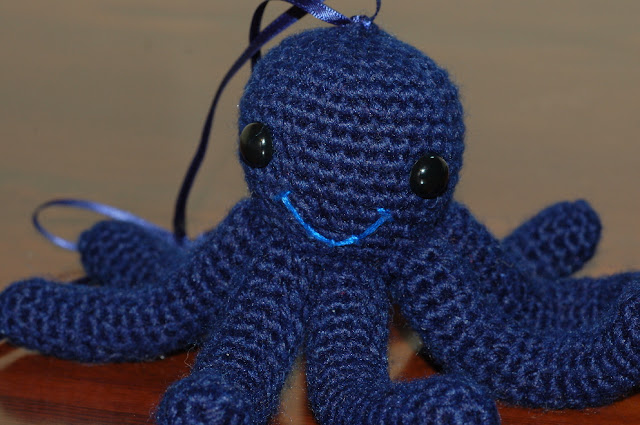 And proof that he does, indeed, have eight legs: 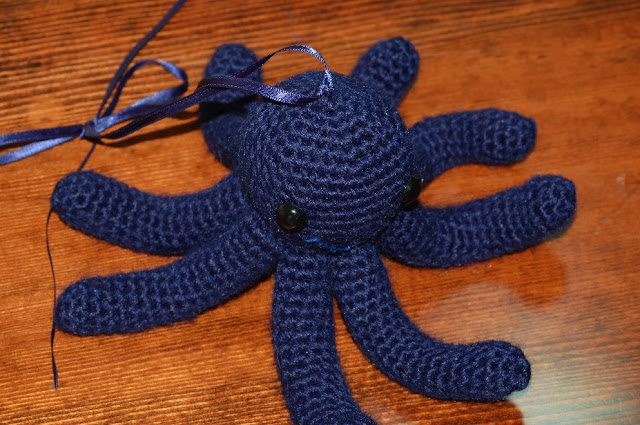 Next came the puppy dog.  This was the only other pattern I used from Amigurumi World and, believe it or not, I actually made his head smaller than the pattern called for: 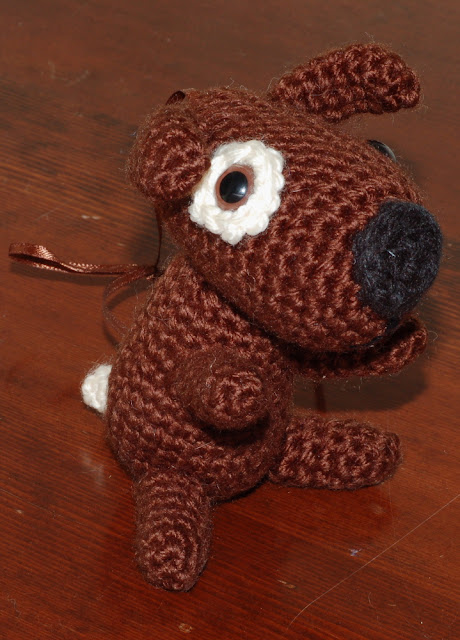 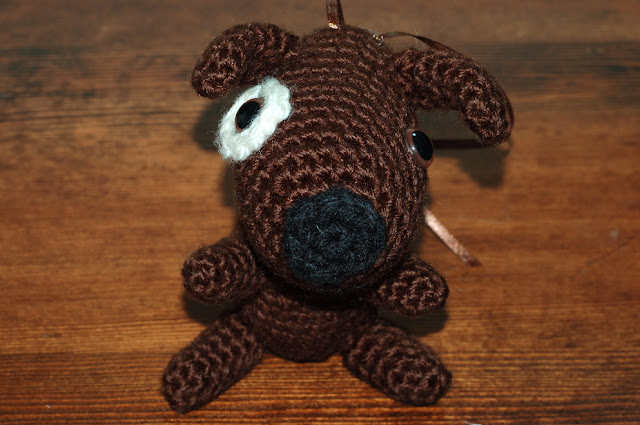 Then came Mr. Bullfrog.  And even though my father thinks he is bizarre looking, I am quite fond of him and his "alien eyes": 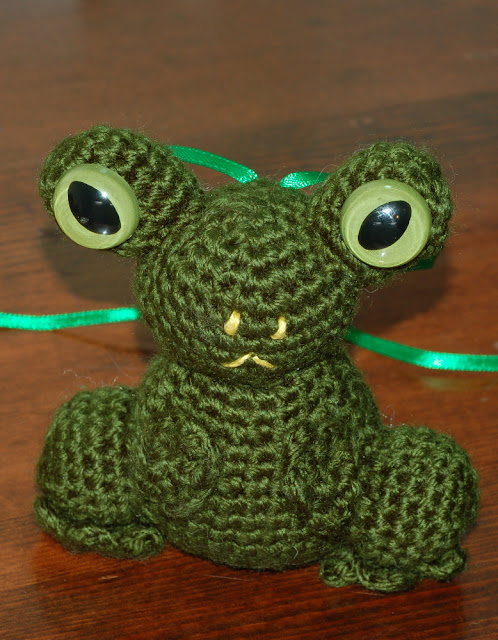 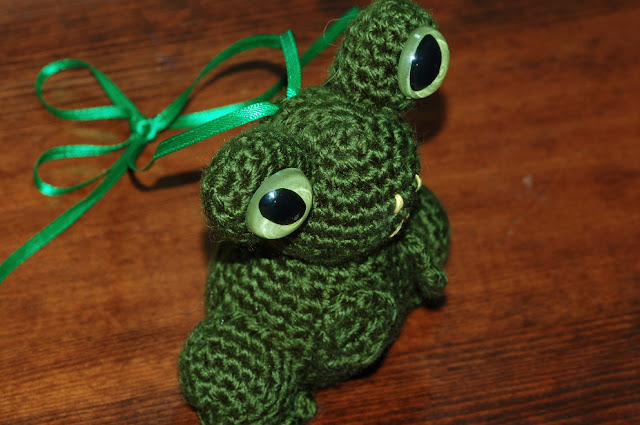 Then I made this adorable two-toned bunny: 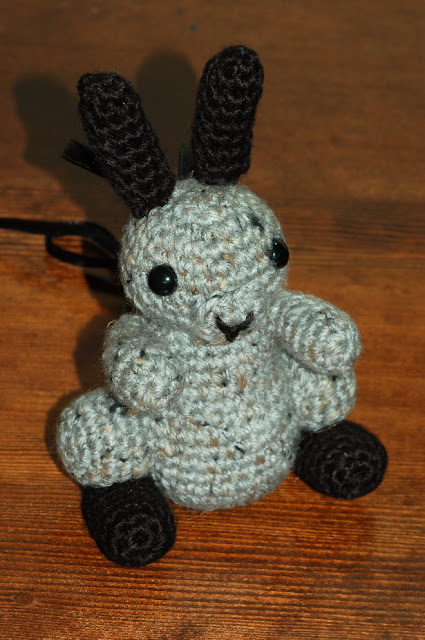 With a pudgy belly and little black tail: 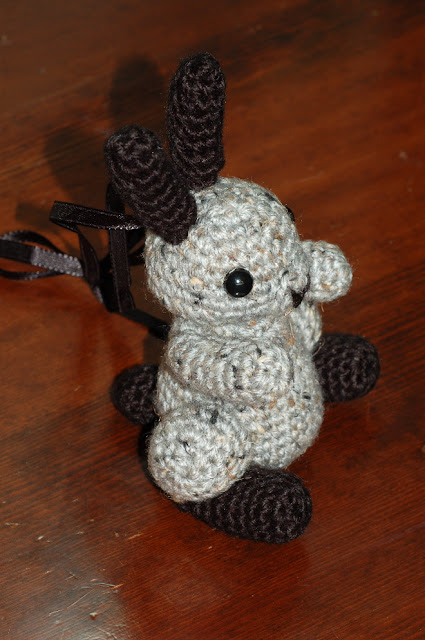 Next I wanted to make a cat but didn't like any of the patterns in my two books.  So I started with the body from a cat pattern in Super Cute and then designed everything else on my own. 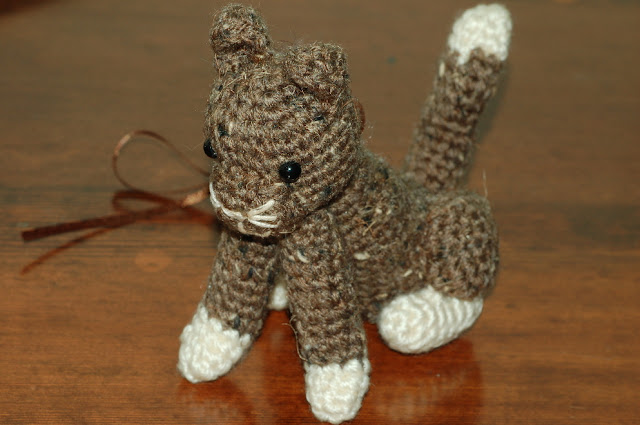 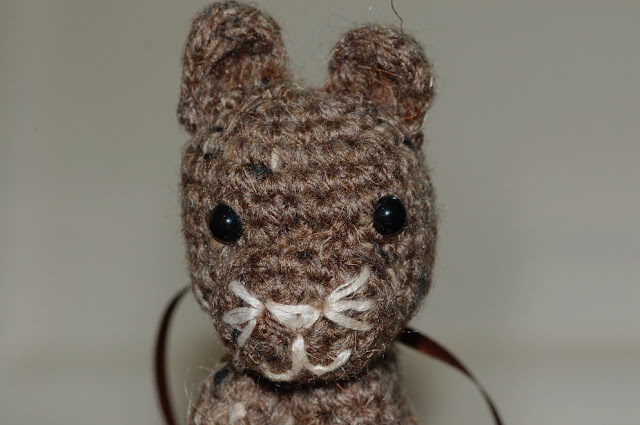 Then came the horse, probably one of the most difficult ones for me to complete: 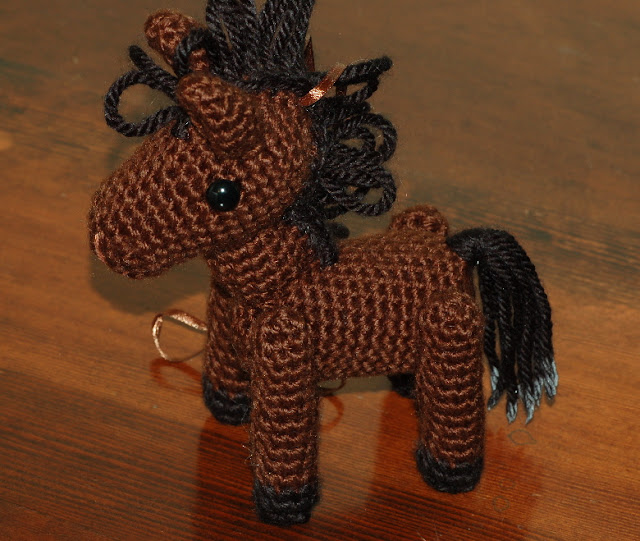 The mane I ripped out many times before I figured out how to do it correctly: 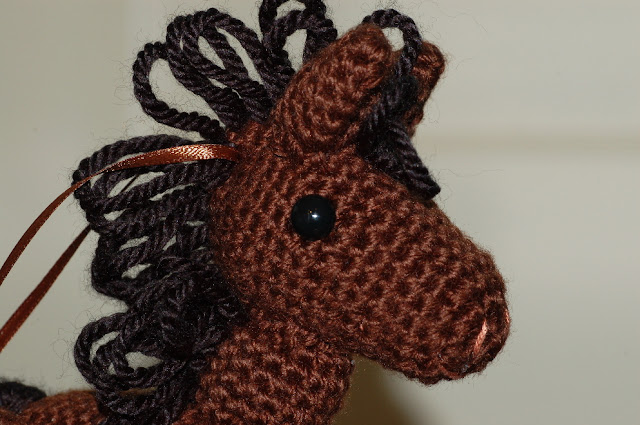 The lion came last, and he is my most favorite of all.  I designed him myself, based off the cat I created, and chose variegated yarn to give him a little more pizazz: 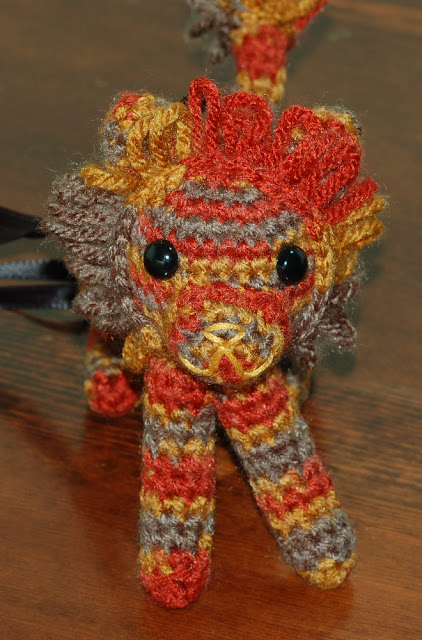 I put my newly gained "mane skills" to work: 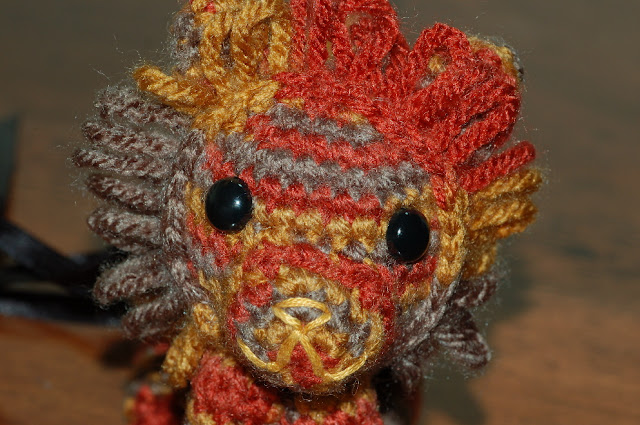 And here are his haunches and awesome tail tuft: 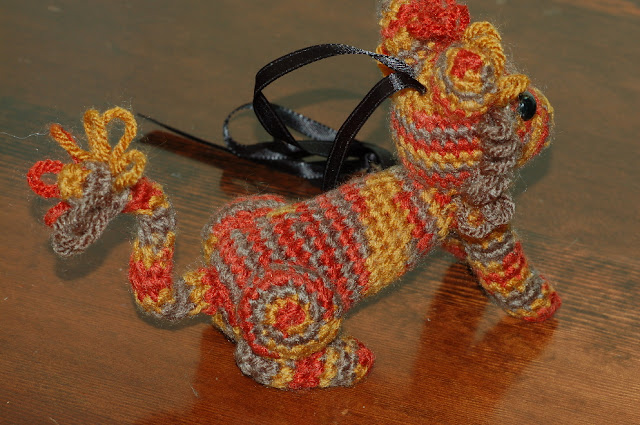 I definitely learned some new crochet skills and had a great deal of fun making these little guys.  And best of all, they were well received by the ones I made them for.  In fact, I hear they didn't really make it onto the Christmas tree because they were too busy being played with.  Now that's what I call success.
Christmas Crochet Gifts Ornaments