When Everything Falls Apart 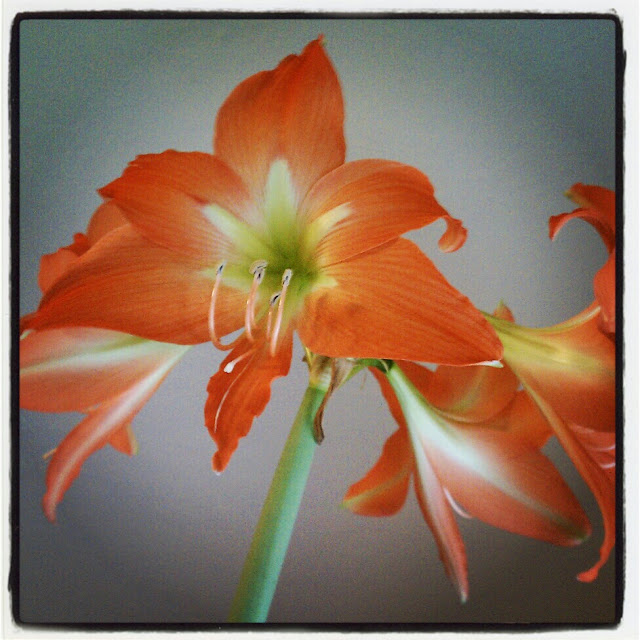 Long before the new year even begins, I sit down and christen each month of 2013 with a piece of God-breathed truth.  And I choose the familiar promise of Jeremiah 29:11 to undergird all the days of January because it seems like the only way to really enter into a year.  Believing in a God Who's always at work, always for our good.  Believing we have a future and we have a hope and we're not lost and we're not abandoned.

"For I know the plans I have for you," declares the Lord, "plans to prosper and not to harm, plans to give you hope and a future."


But it's not until the fourth week of January arrives that I feel it strong, how God's chosen these words to mark this month of a life and He's speaking this promise right into the marrow of me.  Because it only takes two days and one phone call and one appointment and the whole world starts shaking and shifting and I start wondering who I am and where I'm going and what all this is really about.

I welcome the new year with a new name and I declare it loud that God's the only refuge for a life and I'm choosing to build my home right into Him.  And now I stand here just one month later with everything falling clean apart and I think maybe I'm just a fool to believe this year's going to be a story of rebuilding.

All this falling apart, it feels like the worst kind of deja vu, and I think back to the days of summer when I let grief bury me in silence and I refused to speak this one awful truth out loud:  I felt abandoned by God.

And some things, they really are the same.  My job hangs once more by the tiniest of threads, frayed and worn and closer to breaking than ever before.  My beloved kitty remains mysteriously ill, only marginally improved after the options have run out.  And a piece of my own treatment has been ripped out of my hands overnight and I'm left grasping about for wisdom and courage and peace.

Just like last summer, I pick up my needles and my yarn and I knit for hours without end, try to keep on breathing while everything else spins out of control.  I stop writing, too, and the irony's not lost on me, how the topic is "Yes" and I say "No," just keeping on knitting and breathing instead.

It's a bit of a broken record--me, this life, all the loss and the grieving and the I-can't-believe-this-is-happening-again's.  And, yes, maybe there's this one long moment when I feel like a fool, caught off guard and thrown off course just when I've begun a new path.  But there's one thing that's different than before, and that one thing?  It changes everything.

I don't feel abandoned by God.

I'm hurt and I'm scared and I'm angry and I'm a bit lost and knocked off my feet.  But God's near and I feel it strong and I'm leaning hard into Him, counting on the promise of Jeremiah 29:11 to carry me through.

Yes, God's got a plan and I've got a future full of hope and suddenly I don't feel like such a fool at all.  Because I've named 2013 the Year of Refuge, the year of learning how to take refuge in God alone.  And who learns to take refuge at all when they're not actively, desperately, wholeheartedly in need of refuge?

When I dig a little deeper into the Hebrew translated "refuge," I look up the verb form and I find this:  to take refuge in, to trust in.

Trust.  For me, right here and right now, trust means this:   Taking Refuge Under the Shelter of the Throne.

The year's only a month old and this is what I'm already learning.  That I'm not stuck in the past, stuck in the old life, stuck in the woman I used to be.  I've grown and I've been changed and I'm learning to take refuge in God, learning to trust Him in the middle of the hard days and the pitch-black nights.  And I don't know how any of this is going to turn out but I do know this:

God's got a plan and I've got a future full of hope and the Year of Refuge might just be the most important year of a life.


Linking up a day late and sharing in community over at FaithBarista.com this week as we consider the word "Trust."  Join us?