Waking Up to Muffins

September 30, 2011
Muffins are one of my favorite things to eat for breakfast.  Especially when I've baked them ahead of time and tucked a whole batch in the freezer. This makes the first meal of the day a no-fuss, oh-so-yummy occasion.  And what better way is there to start the day?

I recently baked a couple of delicious recipes and thought I'd pass along the goodness.  These are two very different kinds of muffins, but I'm currently in love with them both.  They are taken from the February/March 2008 issue of Cook's Country Magazine.


Blueberry-Pear-Ginger-Oatmeal Muffins
First up we have these deliciously good-for-you muffins with an incredibly long name.  You'd think with a name like that, it might cover all the major ingredients.  But there are still a few important goodies not mentioned.  Like almonds.  And raisins.  And cinnamon.  But I suppose blueberry-pear-raisin-ginger-cinnamon-almond-oatmeal muffins would be too much of a mouthful?  Maybe so.

These muffins might look rather ordinary on the outside.... 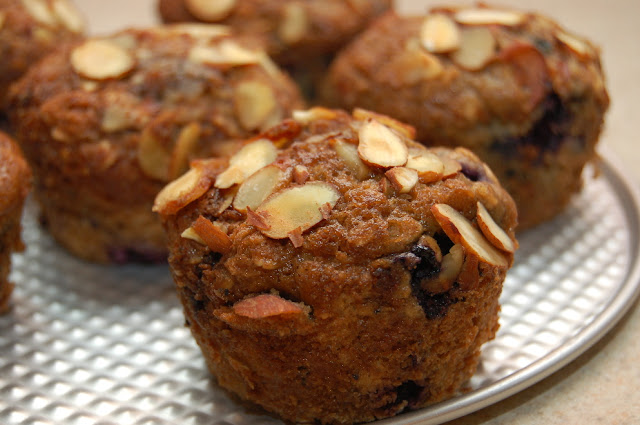 ....but biting into one opens up a whole new world of happiness. 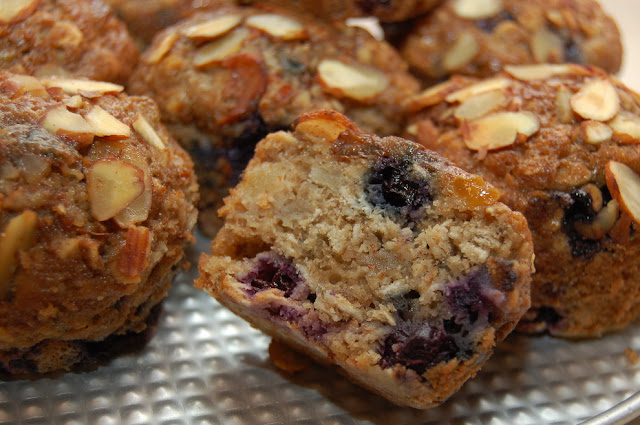 I don't remember ever tasting a blueberry-pear combination before and I didn't expect it to be anything spectacular.  But I was wrong.  It really is spectacular.   I actually doubled the amount of spices from the original recipe, and next time I might even add a little more ginger--since it's in the name, you really ought to notice it, don't you think?  They are perfectly wonderful as is (the recipe below includes my increased spices) but if you're a big fan of spices, feel free to bump them up even more than I did.


Dutch Apple Cheese Muffins
And now for something completely different.  But it's probably not what you think.  The cheese element here is an actual hunk of cheddar.  I know, it sounds a bit odd.  Especially if you've never liked the idea of topping your apple pie with a slice of cheddar.  I'm definitely in that category, so I hope you'll be brave and try these. 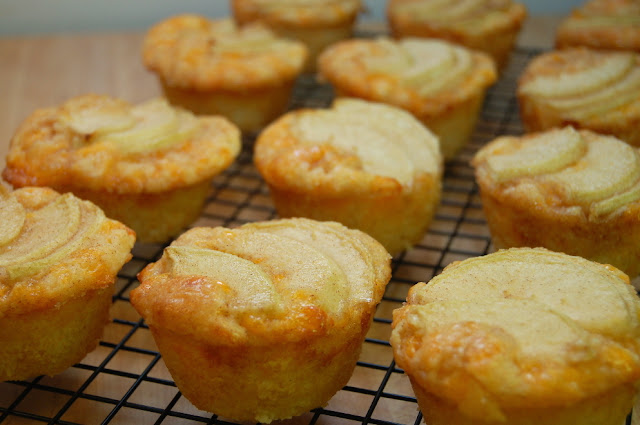 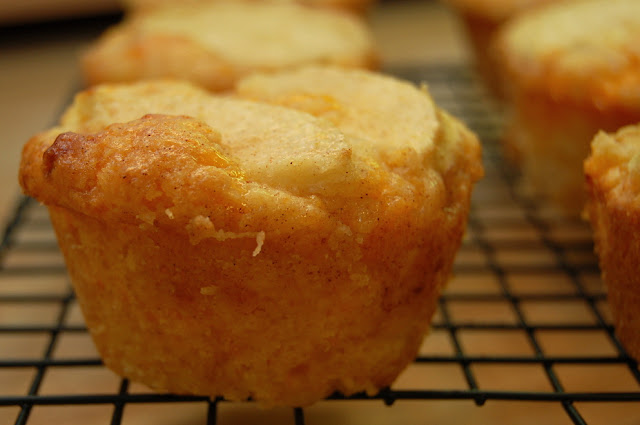 They only have a touch of sweetness from the apples and cinnamon on top, which wonderfully complements the golden, cheesy goodness of the muffin.  They don't taste like dessert to me, which was a little disappointing at first.  But once I'd thrown out my expectations, I couldn't get enough of these and had to whip up a second batch.  They make excellent breakfast muffins, and even my mom, who didn't think she'd like them much, really did like them.  A lot.