When You Don't Know How to Heal 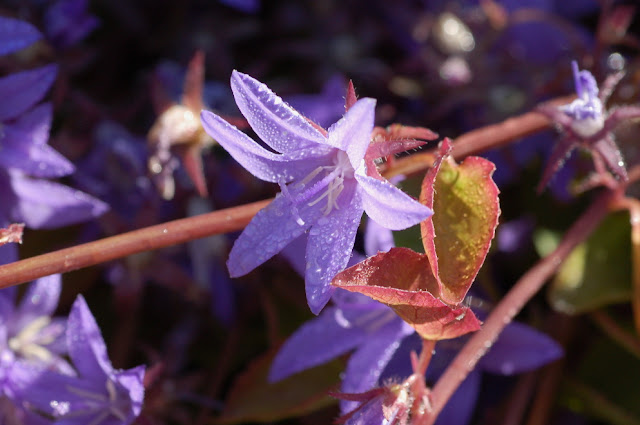 I met Shame when I was very young, but I didn't know his name.  I didn't even know he was separate from me.

Until that day in the middle of my 25th year when unexpected words lodged deep.


A pervasive sense of shame is the ongoing premise that one is fundamentally bad, inadequate, defective, unworthy, or not fully valid as a human being.   ~ Merle Fossum ~

And I couldn't recall a single day in two decades of life when I hadn't felt exactly that way.

inadequate...
defective...
unworthy...
not fully valid as a human being...

In that one moment of unveiling, I realized what I believed about myself, who I thought I was--it was all a lie.  A lie I had believed without question, a reality I had accepted before I even learned to write my own name.

The discovery of my Shame didn't come at the beginning of my journey to heal, grow, become.  Yet there I stood in the middle of my 20s, a million miles from where I'd begun and somehow still broken in ways that seemed un-mendable.  Because maybe I'd left behind the darkness that'd nearly stolen my life, but all the while I'd carried with me this one thing rooted deep.

I believed I was worthless.

And it would be long years still before I'd believe anything else.

I didn't know how to heal from wounds this deep.  I didn't even know it was possible.  But my Shame had been brought into the light after 20 years of secrets and there was no more hiding from the One Who'd created me with infinite worth.  It'd be three and a half more years before I'd go looking for my Shame again and that's the moment I knew the most startling thing of all.

His Grace seeps into the cracks, reaches way down deep, past broken years and jagged memories.  And Shame's no match for the Giver of Grace, no matter how long and tight the hold.  It doesn't matter if you know how to heal.  It doesn't even matter if you believe it's possible.  Because He knows how to heal all the wounds of a soul and He knows nothing is impossible.

Shame had lost the war.

And I no longer believed I was worthless.

It's been two more years and I still bear the scars from all those years of bondage.  Shame still comes in the dark moments of a life and whispers familiar lies to a heart trembling under the weight of too much hurt.  And there are days when I'm tempted to believe that who I am is not enough, that there's no grace for a girl who's been broken too long.

But those are the days when I remember a story I heard once upon a time.  A story about letting go of all the intangibles we hang on to.  The wrongs we can't forgive.  The hurts we can't forget.  The losses we keep coming back to.  We write them down on heavy rocks, emblazon them in stone.  And we lug them to the water's edge to remind us how they've weighed our hearts down all this time.

But this--this is the most important piece of all.

We heave them into the water, down deep where they can't be retrieved.  And every time we're tempted to bring up the wrongs and the hurts and the losses, we remember.  There's no bringing them back.  They've been buried in the Grace Waters and it's time to forgive, let go, heal.

It's time to live.

Maybe I've never written words on rocks, but I've written it here how the biggest rock of all's been thrown into the ocean.  It's the one engraved with words that still sting:  I Am Worthless.  But there's this thrill of sweet joy here, too, when I remember there's no bringing that rock back from where it's been buried.  Because God's delivered me in ways I didn't even dare to hope for.

And Shame will keep on whispering his lies but I'll keep on writing them on the rocks and tossing them into the only Water Who Lives.  Because there's no denying it now that I am fearfully and wonderfully made.  I am God's workmanship, His masterpiece, His poiema.

I'm still being refined into the image of my Maker, but He's already died for me once and there's nothing He won't do reach me with His Love.  And that Love?  It's the light that lays bare all of Shame's lies, exposes the one thing we've never quite believed.

We are loved.  Beyond measure.  And without possibility of rejection.

And it's the Psalmist's words that have become my refrain.

I praise you because I am fearfully and wonderfully made.  Your works are wonderful, I know that full well.

After all the years of not knowing it at all, I know it now full well.
Grace Healing Shame