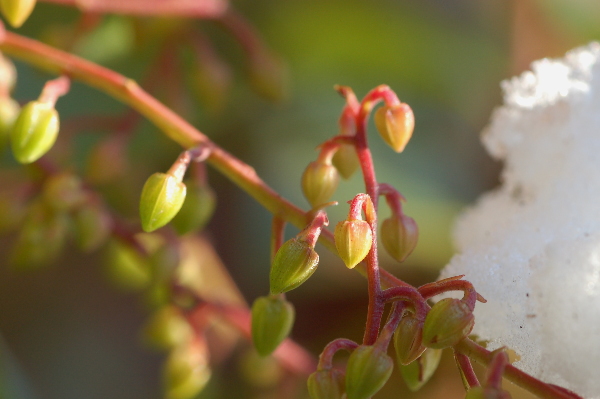 Last night I listened to this year's final sermon on the Christmas Story.  And my father, the one doing the preaching, pointed out something I hadn't thought about before.  Something I needed to hear in the deep recesses of my being.  Something I've been needing to hear off and on all year long.

It begins with verses so familiar to most of us that we hardly give them a second thought.  Oh, we know immediately that they are part of the Christmas Story, part of the telling of the birth of a Savior.  Our Savior.

Until last night, I did not truly see what they portrayed.

"While [Mary and Joseph] were there, the time came for the baby to be born, and [Mary] gave birth to her firstborn, a son.  She wrapped him in cloths and placed him in a manger, because there was no room for them in the inn."  (Luke 2:6-7)

Imagine for a moment what this would be like.  You are young.  You are pregnant with your first child.  Your baby is nearly full term--and this baby is God incarnate.  You have traveled a long way from home, to a city not your own.  And when you go into labor, there is no place for you to give birth to your child.  No place except out in the cold, in the dark, in the dirt.

And you are alone.

There is no mother or grandmother, no sister or cousin, no midwife or physician.  There is no one to help you, no one to be with you as you do what you have never done before--bring life out of your own body; and what you will never do again--give birth to the Redeemer of all people.

No one, that is, except a husband who knows less about giving birth than you do.

If you were Mary, would you not feel as though God had abandoned you?  As though He had given you this enormous, sacred, frightening task of bringing forth the Messiah--and then left you alone to do the impossible?  You have been chosen by God and called "highly favored."  Could He not have provided a room, a place to give birth without the filth and stench of animals?  Could He not have made a way for you to be guided through your firstborn's arrival by an experienced hand, a comforting presence at your side?

Yes, He could have.

But He did not.

And it is this "choosing not to" that so often rips through every fiber of our being and challenges our perspective on God's love, God's goodness, God's willingness to intervene on our behalf.

In this year of hard-fought change and even harder-to-bear lack of change, I have felt abandoned by God more often than I care to recount.  God calls me to be strong when my body is wrought with weakness.  God tells me to stand firm when I can't even find my feet.  God asks me to hope, to believe when everything in me cries out in defeat.

And I feel left alone to do the impossible in a world that is far from Home.

In that moment when Mary's firstborn child, a son, the one and only son of God, made His entrance into that dark lonely night, I wonder if it was bittersweet for that young first-time mama.  This was her child, her son, her firstborn babe.  He was here.  Finally.  After all those months of wonder, worry, and waiting.  What a beautiful, glorious thing.

When Mary looked around at the dirt and the dark, the cold harshness of where she lay, I suspect there were a few moments of sadness, too.  And regret.  And disappointment.

When there was no place to lay her son but in a filthy feeding trough, I wonder if she, too, felt that perhaps God the Father had forgotten her.  Forgotten what He had called this young woman to do.  Forgotten to make a way for her to do the impossible.

And then it happened.

Immanuel.  God with us.

In all of my imaginings about what that night must have been like for Mary, I can't overlook that one detail.  When that baby boy was born, He was God.  Amidst the fear and the disappointment, the darkness and the loneliness, the presence of God emerged, settled, and surrounded that dirty, smelly place where Mary gave birth; surrounded the woman who delivered the Redeemer.

But just in case Mary still wondered about the situation in which she found herself, God lovingly reassured her that things were just as He had planned.  That He had not forgotten her at all.  That He had been with her all along.

And there were shepherds living out in the fields nearby, keeping watch over their flocks at night.  An angel of the Lord appeared to them, and the glory of the Lord shone around them, and they were terrified.

But the angel said to them, “Do not be afraid. I bring you good news of great joy that will be for all the people.  Today in the town of David a Savior has been born to you; he is Christ the Lord.  This will be a sign to you: You will find a baby wrapped in cloths and lying in a manger.”

Suddenly a great company of the heavenly host appeared with the angel, praising God and saying, “Glory to God in the highest, and on earth peace to men on whom his favor rests.”

When the angels had left them and gone into heaven, the shepherds said to one another, “Let’s go to Bethlehem and see this thing that has happened, which the Lord has told us about.”  So they hurried off and found Mary and Joseph, and the baby, who was lying in the manger.  (Luke 2:8-16)

When these shepherds arrived unexpectedly, in the middle of the night, at the very place where Mary, Joseph, and the Baby were huddled, there was no longer any room to doubt God's presence, God's Hand in their circumstances, God's deep concern for their well being.

And "Mary treasured up all these things and pondered them in her heart." (Luke 2:19).

I suspect it wasn't the last time in Mary's life that she felt forgotten or abandoned by God.  She was human, after all.  Living in a fallen world, just as we are.  And I would like to think that in her moments of fear and disappointment, loneliness and grief, Mary recalled that night her firstborn child entered the world.  That she remembered all those thoughts and emotions she had "treasured up" on that wondrous, fearful, dark, beautiful night.  That her moments of feeling forgotten or abandoned were short-lived and quickly defeated because she could not deny the love and the presence of God that had been so clearly manifested in the most unlikely of places.

I, too, am pondering many things these days.  Although I can't say that "the shepherds" have arrived to reassure me of God's plan, to remove any doubt that God's Hand is in my circumstances, there is one thing I am now more certain of than I have ever been before.

Suddenly a great company of the heavenly host appeared with the angel, praising God and saying, “Glory to God in the highest."  (Luke 2:13-14a)

Glory to God in the highest.
Christmas God Hope