The Question of Sovereignty (Part 1) 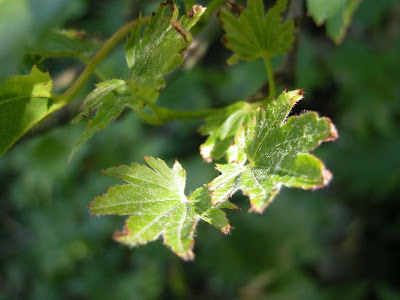 For the most part, I try to avoid theological debates. Not because I don't have opinions and beliefs but because I have a distinct inability to formulate and articulate a convincing argument in the face of opposition. It doesn't matter how logically, Biblically, or prayerfully I have reached my conclusions. All of that disappears the instant I attempt to express myself to someone on the opposite side of the table. Don't get me wrong. I love hearing the "other" side to every story, every position, every belief or lack thereof. It challenges me to think more holistically about things, to consider more than my own opinion, to understand how someone else could reach a different conclusion, and, sometimes, to change what I believe in light of the bigger picture. But I rarely, if ever, engage in a debate over these differences. It's not the way I am wired. And mostly I am thankful for that. I find that loving people, though much riskier, is more rewarding than arguing with them. But there are moments when I wish I had just an ounce of ability to convey my beliefs more coherently. Today is definitely one of those moments.

This portion of my story, more so than any of the others, has a lot to do with the issues of God's sovereignty versus our free will, God's changelessness versus His responsiveness to our prayers. No small matters, theologically speaking. I can promise you this: I don't have all the answers. In fact, I'm not sure I have any "answers" at all. Mostly I just have a new perspective on these things, one that has come about through the direct working of God in my life. I hope as you are reading this you will remember two things: First, my aforementioned difficulties in articulating my beliefs; and second, the fact that I, along with the rest of you, am a work in progress. I am beginning to realize that my view of God and my understanding of what He wants in relationship with me will continue to change as I am refined over the days, months, and years of my earthly journey. I am learning to take comfort in the fact that God is far beyond our ability to comprehend Him, knowing that it is precisely His greatness that allows Him to pursue intimacy with each and every one of us.

As I said in my last post, once I wrote my letter to Nathan it became clear to me that the issue of prayer was largely responsible for my inability to move forward. After this realization, I just "happened" to recall a book on prayer I had seen advertized many months previously. Written by Philip Yancey, the book was entitled Prayer: Does It Make Any Difference? Hmmm. Could there possibly be a more appropriately titled book for my current dilemma? I didn't think so. I immediately checked it out from the local library and began reading through it over the next couple months. Or perhaps I should say laboring rather than simply reading. Not because it was difficult to read but because it was jam-packed with insights, thought-provoking questions, and belief-challenging examples from scripture. My journal is overflowing with the quotes, ideas, and musings I wrote down while working through this book. And to be perfectly honest, I only read the first half of the book. I wasn't ready to read the rest, though I suspect that I will be a few months from now.

The most significant of my discoveries while reading this book had to do with God's sovereignty. Although I had avoided the sovereignty-versus-free-will discussions for much of my life, I realize now that I had firmly planted myself on the side of God's sovereignty, almost to the exclusion of free will. I believed the purpose of prayer was that spending time in God's presence would enable me to see what He wanted for the people and situations about which I was praying. Then, when I prayed for the things I felt God wanted, I fully believed that those things would happen—not because I prayed for them but because God had already willed them and then revealed them to me in our time together. I suppose I viewed prayer as an effort to discern the heart of God and then to align my desires with His. Doing so allowed me to see His work in my life and the lives of people around me, to rejoice when His desires were fulfilled because they had become my desires, too. Prayer was more about intimacy with my Creator rather than an effort to change His mind or alter the outcome of a situation. I wanted to lay my heart bare before Him and then spend time listening to His heart as well, choosing to want what He wanted, choosing to accept His will for my own life and for the people I interceded for. And there is nothing wrong with that. I think this is a hugely important part of prayer. But it does not capture the entirety of prayer's purpose.

After spending a year praying for what I believed God wanted for Nathan (and, thus, would do for him), Nathan's death left me with three choices: God misled me about His desires for Nathan, I had no ability to discern God's desires, or all my beliefs about prayer (and perhaps about God Himself) were completely wrong. None of these options were easy to accept and all of them, at least to some degree, left me feeling betrayed by the One I loved more than life. Would the God I love mislead me about what He wanted? Would the God I love refuse to honor my deep and earnest seeking of His will and His desires, regardless of my ability? Would the God I love allow me to live 27 years with a false view of prayer, of Himself, of His purposes—all the while knowing that I desperately wanted to know Him? And which of these heartbreaking things did I want to be true? I didn't know. But I do now.